Want us to show you around? Enter your contact info and preferred time here.

Choose your plan and get started with Boombirds. 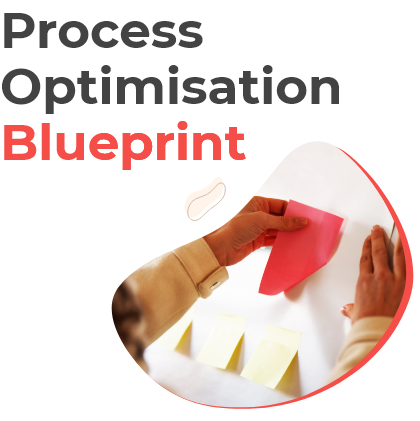 Request trial to our beta program!

Please fill up this form and we shall get back to you with your access at the earliest.

Thank you for your interest in our free trial program. Our sales team will reach out to you shortly.

Thank you for your interest in our partner program. Our channel sales team will reach out to you shortly.

What do Pixar, Spotify and Zara all have in common? They all are companies that use Kanban to stay on top of their game. Here’s how…

Did you know that Kanban, which means billboard or sign in Japanese, originated in the 1940s to execute just-in-time manufacturing processes? It became increasingly popular as its usage improved efficiency by reducing supplies and resources only to what was required for the immediate task. With its roots in manufacturing, Kanban has now found a place in almost every industry.

The Three stages of Kanban:

A Kanban board is a visual method to track and manage tasks and workflows using columns divided into three simple stages: To Do – Doing – Done.

The benefits of Kanban are myriad. It offers a visual representation to manage workflows, simple or complex. The Kanban board puts the whole process on one page or screen, so it’s easy to see who is working on what and where that falls in the workflow cycle.

A team effort can be directed on the tasks that are needed now so that work is done faster. This keeps work moving without interruption. Project managers can assign work when a team member is idle and ensure that team members always have task(s) to work on!

Companies and teams enjoy using Kanban systems due to its ease of use, visual appeal, and the ability to instantly see what everyone is working on. It also gives visibility into task progress and helps identify hurdles or bottlenecks and why a specific task is holding up the project.

The Kanban board represents the larger Kanban system. It helps to visualise the workflow, by keeping only what needs to be done in progress, and by doing so, maximising team and employee efficiency. The board represents the overall organisation or project broken down into three parts: to do, doing and done.

The beauty of the Kanban board is its simplicity, and its ability to portray a multidimensional and consolidated view of the tasks in a practical way. Each column is a stage in the workflow, so the board gives teams and managers a quick bird’s eye view of the task status. Teams can see what they are assigned to work on, while managers can track the team’s progress.

Take, for instance, the Smart Service Board of Boombirds that is based on Kanban. Besides providing a meaningful overview of the tasks in various stages of the workflow, it also pinpoints workflow gaps to increase productivity.

If you’re new to Kanban, you can explore our easy step-by-step guide to kickstart your Kanban journey:

On that note, let us now see how some of the biggest companies have successfully adopted Kanban in their daily operations and management culture:

Pixar was heavily inspired by the initial Kanban system implemented by the Toyota Production System. Except that in Pixar’s case, the process involved processes far more creative. For Edwin Catmull, the President of Pixar Animation Studios, it was crucial that each film was made in the right order. Which meant that after a process was completed, it was passed on to the next team, who would in turn transfer it down the chain.

Use of a high-level Kanban board was used to achieve this. It also gave a lot of visibility to all the teams involved of what everyone was doing at any point of the process. It also made them aware of how their work affected the other team members.

This helped Catmull instil lean manufacturing techniques in his organisation and create a culture where anyone could ‘pull the cord’ and ‘stop the line’, as he explains in his book – Creativity Inc.

Embracing Kanban was one of the best decisions ever made in Spotify, the biggest subscription streaming music platform. Spotify turned to Kanban after struggling hard to find time to execute planned projects.

Spotify’s method was based on the simple adoption of a Kanban board with 3 vertical columns – To do, Doing and Done. There are also two horizontal lanes with tangible tasks such as planning a server migration, designing databases etc.

Spotify categorized its work into three separate categories. These jobs are either small, medium, or large. Small tasks would take a day, medium-sized ones a few days, and large jobs a week.

Larger assignments were broken into small, medium, and large tasks and seamlessly inserted into the Kanban board! This helped ensure that all intangible tasks were also completed.

Zara, the biggest fashion retailer in the world, has tried and tested Kanban systems for many years.

To stay ahead in the fashion race, Zara updated its fashion collections continuously by holding low stock.

Kanban systems are operated right from the store level. Sales managers are responsible for their Kanbans. Orders are sent to headquarters twice a week, based on the current sales data. In addition, the best seller items that are in high demand from loyal customers are part of the list.

The commercial team processes the order, keeping in mind the most popular clothing trends. New styles of clothing are added to the order and the order is shipped to the store in just two days!

Managing the daily operations of an organisation is not an easy quest. However, it isn’t rocket science either if done the right way and by adopting the right tools. As cited in the examples above, even the simplest version of Kanban can have a positive impact, quickly. This translates to improving the efficiency and productivity of an organisation, from the smallest to the largest!

Switching to Kanban should be the next logical step for any business struggling to bring in more transparency in their daily operations and get more visibility into what their teams are doing every day.

From the examples, we can see that companies that are using Kanban software have a better flow of executing jobs, which help to solve problems and increase productivity. This is because it helps set expectations for what needs to be done next and who will do the work.

The right tools are also critical. With Kanban, every step in a process can be tracked from start to finish with digital boards that bring transparency into processes to make it more manageable and keep teams focused on their most important tasks.

In the words of Ian Carroll, leading Lean, Kanban and Agile coach

Then you can improve.

SIGN UP FOR A FREE TRIAL OF BOOMBIRDS NOW!

Are you tired of…Messy, manual processes that can't be scaled?

We work with operations leaders looking to digitally transform their manual back-office processes and procedures.

We combine your existing business processes with our software, plus decades of enterprise process re-engineering and change management experience to quickly scale and see the results you are looking for.

Overwhelmed and losing track of your manual processes?

We can help. Schedule a call so we can find the bottlenecks in your back-office process and set you on the right path TODAY 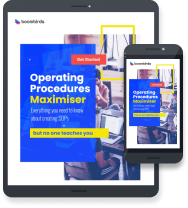 Need an easy way to document procedures for your workplace?

Boombirds helps leaders like you to quickly scale and maintain operational excellence.